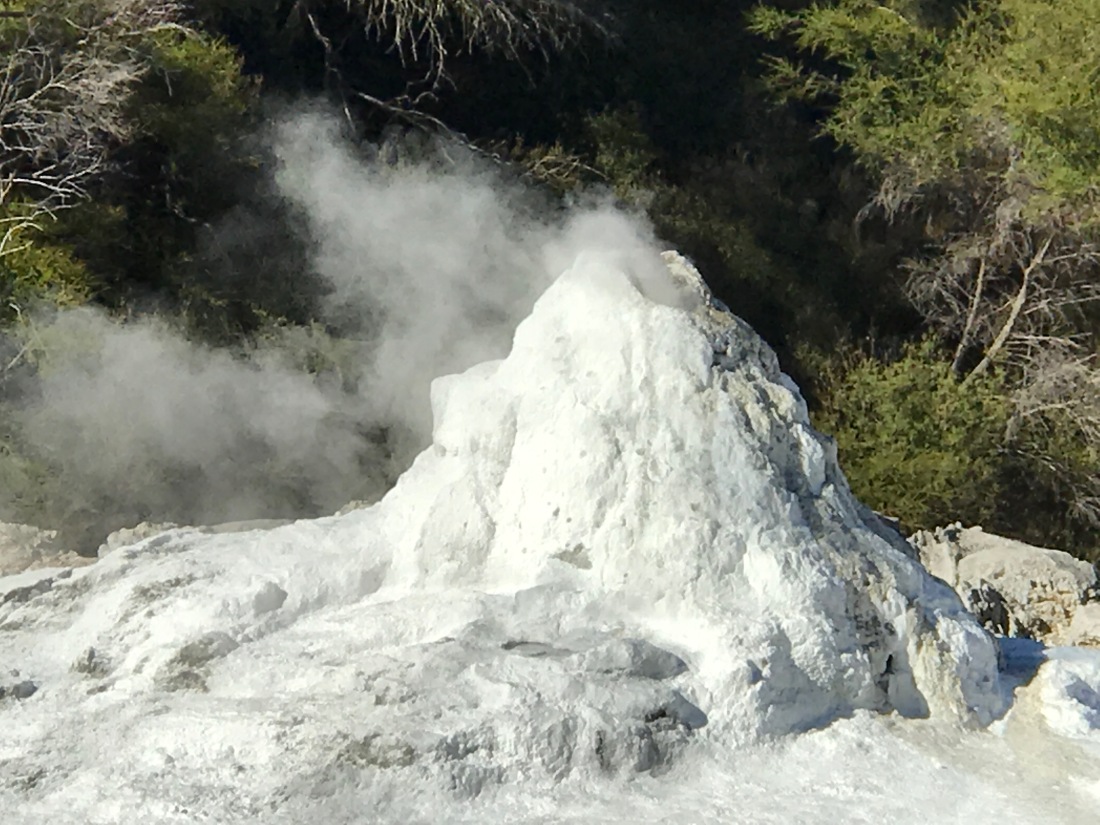 This is the third part of the recording of my school trip to New Zealand. For those of you who haven’t read the first two parts, I recommend you to go there.

We woke up early in the morning and drove an hour to the Waitomo Cave. During the ride, my plant-photographer friend drew our cartoon portraits on the icy window. She is so talented! My best friend taught us this game which we claimed the cows we saw. If one person sees a graveyard (or a water body, in this case), the other two lose all their cows. There were so many cows and sheep on the hills! The weather was gorgeous. The caves originally belonged to the government, but as time passed the farmers complained that their cows and sheep got lost in the caves so the government granted them the ownership. The farmers there live like kings!

My best friend and I changed into swimsuits early and I felt a little self-conscious. But it was an appropriate place to wear them and I learned to feel comfortable in my skin. Putting on wet suits was painful. And it was hard to hike in those water-proof boots (I wore size 2—they didn’t have anything smaller) and a tight jacket. We climbed down the ladder and walked on the uneven rock underneath the water. The rocks we held on to were sharp. I’d have more fun if I don’t have to worry about keeping on with others’ speeds: I’m relatively fast, but I still worried I blocked anyone. Plus I wanted to enjoy the experience with my friend. There were times when we needed to crawl through narrow holes which could be scary. But I wasn’t scared.

The tour guides, Charlie (who was really good at remembering names) and Ben, were funny and friendly. They gave us chocolate and a drink that tastes like hot orange soda. Cave cafe!

My favorite part was the tubing. We each had an individual tube that resembled a swimming ring. We held the previous person’s leg and floated in the water. It felt nice. We turned off our headlights on the hamlets and looked at the glow worms on the roof. They were neon blue (and not actually worms). And we sang. We had a few girls from our a cappella group and we sang “Clearing in the Wild” and “This Town”, two very tender and lovely songs.

We were starving when we were done. After stuffing a hard boiled egg and some leftover fries in my mouth, I ordered a lamb and mushroom pie and shared a raspberry lemon Zumbocha with my friend. We sat at a nice little table in the sun and talked. I took another nap on the way back and we stopped at a store that said “cat cafe” but there was no cat. I brought a beautiful star that changes color when you press it. I named it “Cassie” and my other friend named her cloud “Charles”.

By the time we got back, everyone was tired. The place smelled questionable and you had to share a public bathroom with the whole floor. Like a boarding school dorm. Like my old French school. (I should stop insulting it because it wasn’t even French. It was an international school in France.)

Then we went to this pool where the water changed temperature. Your arm can be in a really warm area but your legs might be freezing. The boundaries between hot and cold were blurry and indefinite. There were candles on the stairs and the atmosphere was relaxing. I talked to my friends in the dark. The sky was beautiful and my teacher said the stars were like glow worms in the sky. She also offered advice in term of mental health. It was getting late and my stomach growled, so we went to a variety place and I ordered delicious Singapore rice noodles. Then I went back, tidied things off, and caught up on journaling.

I ate a chocolate muffin, peanut butter bread, and a boiled egg for breakfast and didn’t get hungry the whole morning. We went to a geothermal park and saw the hot (100 degrees!) pool that has white fog all over. There was a neon green lake but if you pull out a cup of water, it’d be clear. The tour guide was only two years older than us. We also saw the mud pool, which can range from really cool to mildly creepy to extremely disgusting.

We went back to the place we went to last night. There wasn’t Zumbucha so I brought ginger beer, ate the leftover ride noodles that I carried with me (it was surprisingly still good) and stole my friend’s fishes and chips. We haven’t talked much during the tour so I was glad we got time to catch up from eating habits to politics in China.

Then we went Skyline where we took the gondola and lugged. We had a beautiful view in the gondola but the luge ride was kind of rocky. My friend didn’t really enjoy it. It was scary when people passed her. It was interesting how people changed lines like car drivers though. We had fun trying on helmets and discussing head size. We then sat with our teacher and another friend. I brought two scoops of ice cream: cookie ’n cream and Boysenberries. It was delicious and we had good conversations.

Later on more people joined in and someone pointed to me that there was a cat! I petted them for a while and kissed their forehead. It might be the best part of that day! Then I talked to my friend who co-writes a play script for our school’s theatre production with me. Since our initial script was rejected by the editorial group a few days earlier, we decided to restart with a brand new plot. We brainstormed ideas and figured out most of the characters. I’m excited for our creation about turn into lives!

After that, most of us agreed on having some downtime. I went back into my room and journaled. My roommates were talking to their boyfriends so I plugged my earbuds in. Music transferred me to a calming, magical world. I listened to City of Stars (from La La Land), I Had a Dream and Thank You For the Music (from Mama Mia). That night, our chaperone asked us about our highs and lows and I realized I have had so many fun and meaningful moments during these few days.